After an initial IUCN Red List assessment of Extinct in the Wild in 1970, the conservation status of Przewalski’s Horse was regularly assessed by the IUCN SSC Equid Specialist Group. Thanks to conservation efforts of several NGOs and the Mongolian Government, reintroduction of two populations in central and southern Mongolia led to it being assessed as Critically Endangered in 2005 and Endangered in 2011. Nevertheless, the reintroduced population size remained small and isolated by distance. TAKH Association, a Przewalski’s Horse conservation organisation based in France, assessed the Khomyn Tal region (Zavkhan, western Mongolia) as a potential new reintroduction site during 1999–2001 in partnership with WWF Mongolia. It consisted of vegetation and fauna (ungulates and birds) surveys, and interviews of local herders. 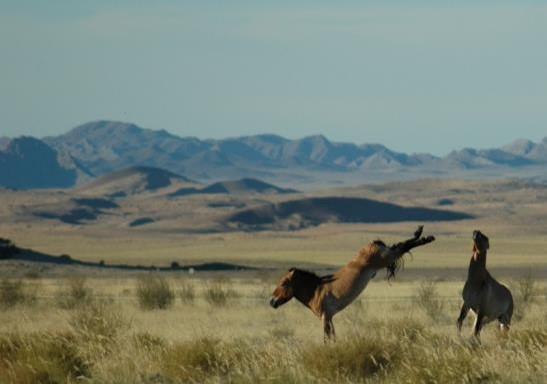